Soon [Let The Sea Eat me: To Perform A ferry] 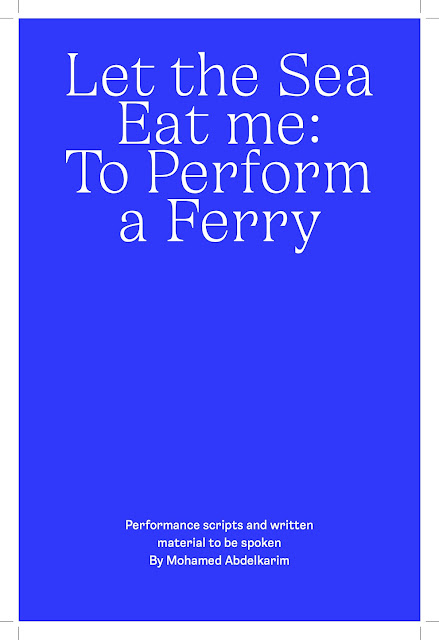 A book that holds eight performance scripts and other material to be spoken. Inspired by the figure of the renegade who leaves land behind and heads to the sea or leaves civilization to take refuge in the vast desert, the eight scripts embody the state of migrating, through space but also through languages, bodies, and writing genres. Going beyond documentation, this book is a tool to be used in creating future performances for a world where stability is an aggression. Writing leads to speaking, to moving, to doing. The eight scripts were produced before and after performances and are motivated by a search for new fictions and truths.