Comparison of Appearance a booklet that circles around the controversial Egyptian ideologist, author, and intellectual Sayyid Qutb and his trip to the United States from 1948 to 1949, which changed his political convictions fundamentally. Qutb, best known today as the thinker who conceived jihadism, was also a writer and critic of capitalism in the age of the Cold War and the last phase of colonialism. To this day, his writings shape the discourse in Egypt (and elsewhere) on dealing with the West. Abdelkarim’s interest is not in Qutb himself, but in the historical forces and patterns that congealed in his influence:
“Qutb’s experiences with colonialism, connected with enormous changes in Egyptian society as a result of foreign rule, reflect the experiences of many in his generation. In my artistic work, I am not so much interested in the details of Qutb’s personality … but rather in Qutb as a sociological phenomenon that can be understood from various viewpoints.” 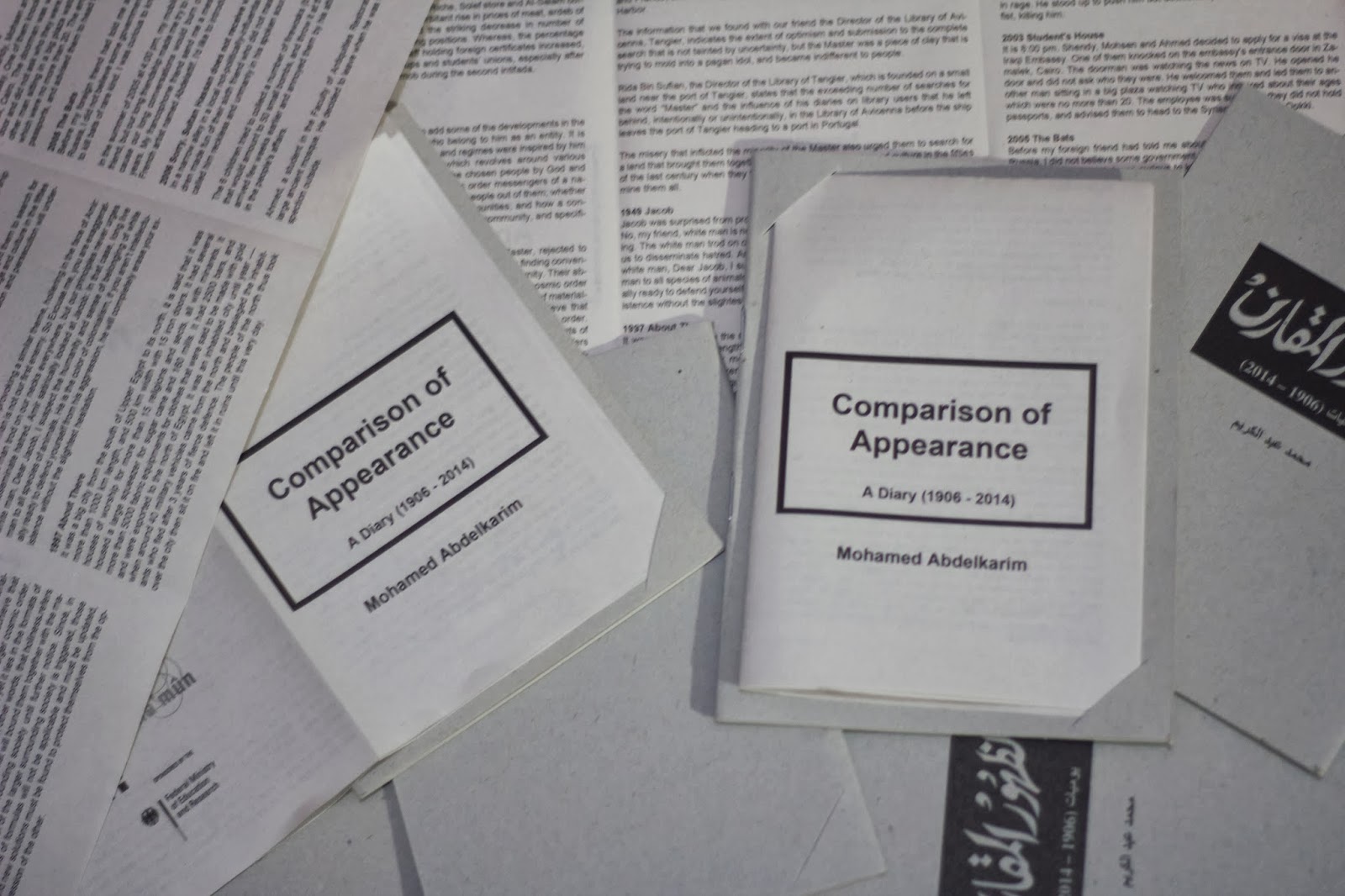